Lucky to be Unlucky

Just before I boarded the plane, mySweetie asked me if there’s any interesting story while I was at the airport. The last time I left, there was some woman who screamed and wept just before she entered the plane. I assumed she never left and cancelled her flight. All the other passengers made their own story on why she didn’t board the plane and why she was screaming earlier. We never learned the real score coz all of us left the country anyway. So I just told him, “nothing really. Everything seemed fine.” Until I texted him a few hours later…

Sweetie, Im alright. Im in Narita already. We just experienced a turbulence or an airpocket. The passengers and some stuff were flying inside the plane. A few people got hurt. But Im really alright.

So much for the non-drama er?!

So there’s an unfortunate drama again. A few minutes before landing to Japan, we experienced a somewhat violent turbulence that made, literally, the passengers fly inside the plane. The Japanese infront of me, flew off his chair, bump his head on the luggage compartment, not once, but thrice. Books and magazines flew all over me. I sit still holding my breath & my armrest. I was almost imagining the oxygen mask popping out any minute now. Lol. After a few minutes of that unimaginable incident, the plane was a bit stable. A few seats up front, the airconditioning & light cover broke and flew on the head of a female teenager hurting her nose and later on vomited. On my side was a man asking for help coz his wife must have hurt herself or something with the cover of the airconditioner that hit her too. A man from way back was then attended by several flight attendants bringing emergency kit and piles of newspaper. Then someone asked if there is any doctor on board. Oh oh..this must be serious. Dr. Passion, A doctor from PGH came to the rescue. I heard him saying he needs a stretcher coz if the man was moved any further, something might snap. Geessshh. I looked around to further see the damages made…some carry on luggages were moved several feet from their owners, passports & boarding passes on the floor, there were some more people who had cuts & bruises on their heads. I was suppose to take pictures but I felt im being insensitive if I do that. They are all hurt and im here taking their pictures.

I just thank God im not hurt physically. However, there goes another trauma and something to be really cautious about. Last year, I was inside our house falling apart. And now, I was in a plane falling apart again. I seem to always be in a wrong place at a wrong time. But I guess my guardian angels are always on the right place at the right time protecting me. One can be so unlucky yet still be lucky er?! 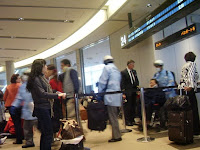 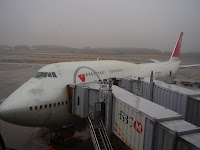 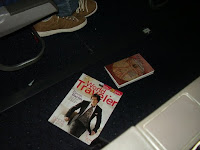 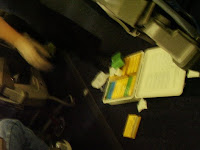 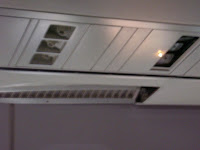 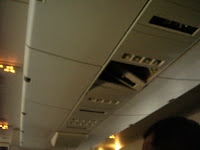